(Internal) Talent Development for (External) Impact is about the Bush Foundation’s internal efforts to develop staff to have greater impact while at Bush and then beyond. Over the last five years, the Bush Foundation has been working to embed their belief in the power of people into their talent management in four ways:

Join us and webinar co-hosts President Jen Ford Reedy and Talent Development Director, Stephanie Andrews, as we talk more about what it means to the Bush Foundation to invest in their own people. 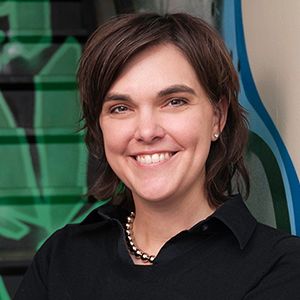 Jen has been President of the Bush Foundation since September 2012. Prior to joining the Foundation, Jen served as chief of staff and vice president of strategy for Minnesota Philanthropy Partners, where she led the creation of GiveMN.org, Give to the Max Day, and the Minnesota Idea Open. Jen was also a consultant with McKinsey and Company for nine years and directed the Itasca Project, a CEO-led regional civic initiative in the Twin Cities. Her current community work includes serving on boards (like Region’s Hospital), participating in collaborative community efforts (like the Itasca Project), and volunteering with her kids. She and her husband met at the University of Kansas and are both proud Jayhawks.

As Talent Development Director, Stephanie provides both strategic direction and individual coaching and support with the goal of amplifying the Foundation's impact in the communities it serves. She designs and implements inclusive recruitment and selection processes, comprehensive professional development strategies and effective engagement and evaluation systems that drive growth and productivity of the Foundation's talented staff. Stephanie also directs the Foundation's work with the Ron McKinley Philanthropy Fellowship, a multi-site initiative that provides an on-ramp into philanthropy for people traditionally underrepresented in this sector.

Stephanie joined the Bush Foundation in 2010, bringing significant management and leadership experience, most notably more than 15 years of experience in Minnesota state government. She coordinated executive budget development in three administrations, culminating with her final stint as deputy commissioner of Minnesota Management and Budget. In that role, Stephanie led a variety of statewide reform initiatives, including the merger of cabinet-level agencies and replacement of the state's antiquated enterprise IT system. The common thread through all of these experiences has been creating the culture and conditions where people, teams and organizations can do their best work and she's passionate about spreading those ideas and practices in her current work at Bush.

Stephanie earned her master’s degree from Harvard’s Kennedy School of Government and her bachelor's degree from the University of Minnesota. She is a 2016 Presidio Cross Sector Leadership Fellow, a 2010 alum of the Studio/E program for social entrepreneurs and a 2005 Humphrey Institute Policy Fellow.