At the end of August, more than 130 funders gathered in the Twin Cities at the Council’s second Inclusive Economic Prosperity convening. A mix of private, community, and corporate philanthropy leaders from across the region discussed strategies to effectively build economic innovation ecosystems and heard from diverse leaders within and outside of philanthropy, including Melvin Carter, the Mayor of St. Paul.

The event included a live taping of a Minnesota Public Radio Conversations on the Creative Economy episode, which highlighted three local enterprises generating positive impacts in the Twin Cities and beyond, all founded by women of color.

If you weren’t able to join us, but still want to learn more about the topics discussed, you can download presentations on our updated event page. You can also explore a range of resources related to how philanthropy can drive inclusive economic prosperity in our regularly updated resource library.

Inclusive economic prosperity will also be a focus at our 2019 Leading Together conference. Registration will open later this month and you can sign up here to receive a notification when conference details go live. We hope you’re planning to join us in Miami next April!

As summer ends, planning for 2019 is ramping up. Next year includes a lot of exciting changes for the Council, including a new leader, an office move (back to D.C.!), and our now biennial conference in Miami, Florida. Amidst this change, we look forward to continuing to hear stories about your impact and hope to work even more closely together in the future.

Please be in touch if you are in DC or at sector conferences in coming months and would like to get together. 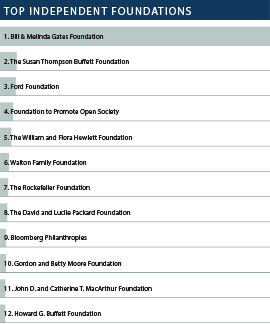 The Council on Foundations and Foundation Center released a new report about how U.S. foundations support international programs. The State of Global Giving by U.S. Foundations: 2011-2015 includes detailed analysis of trends by geographic region, population group, cause area and donor strategy.

The Council on Foundations and the Commonfund Institute published their annual report analyzing the latest investment and governance policies and practices across different foundations types. The 2017 CCSF report includes 220+ private and community foundations representing over $104 billion in assets.

Last week, Council members received an update on the 2019 Dues Model. As many foundations begin budgeting for 2019, I wanted to make sure you were aware that:

Thank you for your membership! We are committed to making membership more inclusive and accessible, and to provide members benefits and services that strengthen your grantmaking and impact.

86 percent of Career Pathways alumni currently lead philanthropic organizations across the U.S. and world. Members of recent cohorts have come from a diverse set of private and independent foundations, including:

Apply before October 15 to be a part of the 2019 Career Pathways cohort!

Later this month, representatives from government, civil society, and the corporate sector will come together to discuss important global challenges, from hunger and poverty to climate change and disaster during the 73rd Session of the United Nations General Assembly (UNGA) in New York City. Hundreds of UNGA side-events will bring together thousands of people, all working in different ways to “leave no one behind” and achieve the SDGs, including many grantmaking foundations, philanthropy networks, and corporations.

ER Causing You Trauma? Diagnosing The Rules and Regulations For Expenditure Responsibility

Insights from the 2017 Investment of Endowments Study

Awake to Woke to Work: Building A Race Equity Culture

“The Human Factor.” How this Foundation is Responding to Grantee Feedback – a report on the Barr Foundation’s new system for understanding and improving their relationship management practices. Via Inside Philanthropy

Gospels of Giving for the New Gilded Age – a critical look at modern practices of private foundations, including reviews of upcoming books on private giving. Via The New Yorker

When Salaries are Bigger Than Grants – an investigation of small foundations that pay more to staff and board members than they give out in charitable fund. Via the Chronicle of Philanthropy

U.S. Treasury Restricts Donor Disclosure Requirement for Some Nonprofit Groups – A new ruling  means that some social welfare groups and trade associations won’t have to list donors. Via The Wall Street Journal